Animated Poetry on the London Underground

Smile for London invited London’s budding and established poets to uplift and inspire commuters during the bleakest month of the year with poems or prose of up to 40 words. The pieces were then transformed by motion artists into 20-second-typographic-films, then screened on the Underground platform screens for two weeks in January.

For this I chose 2 poems to animate, plus offered up my services to design the Identity & Sting.

I chose 'Stars' by Dan Simpson - because we are all made of Atom's after all, and I've always been obsessed with space (and atoms). Here I created a typographic journey through Nasa imagery and imagined charts and graphs.

'This Conversation...' by Emily Berry was chosen as it was brilliantly brief, therefore by default - took the longest to make.
Stars Poem by Dan Simpson @dansimpsonpoet 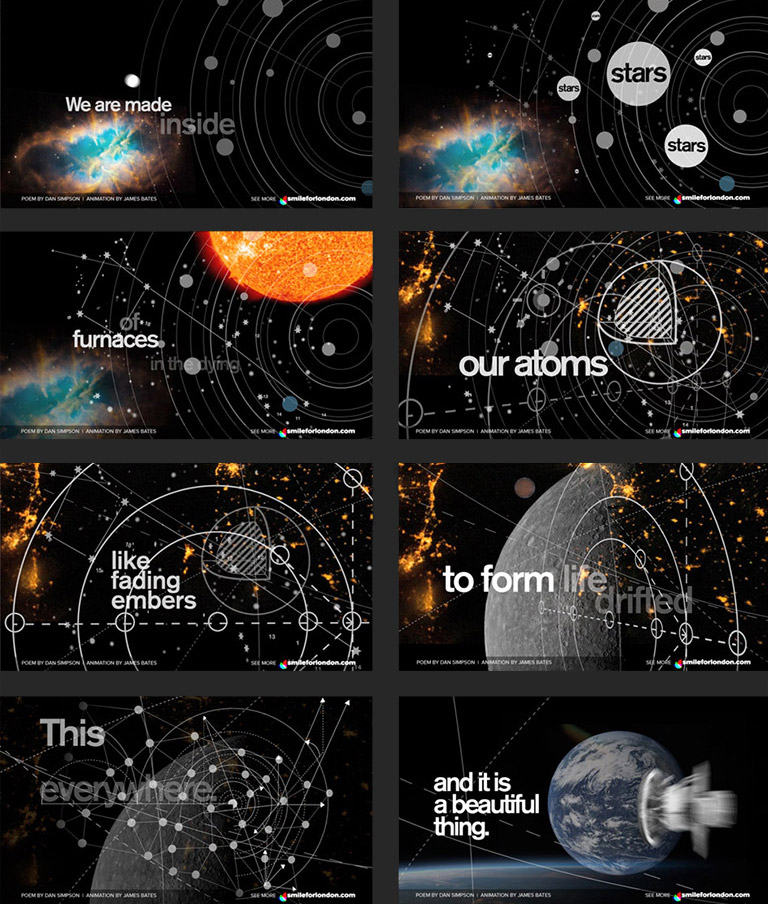 This Conversation Is Missing Your Voice Poem by Emily Berry 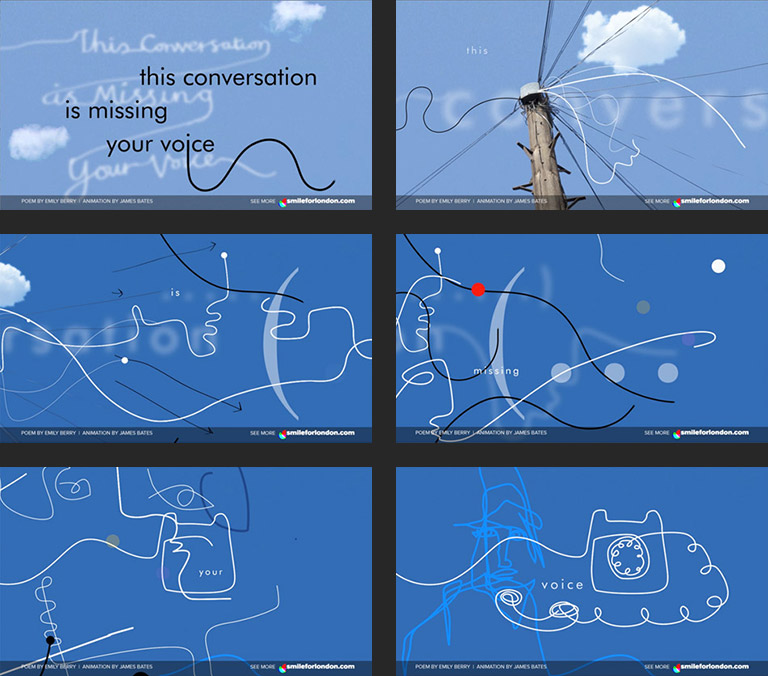